Day 1: Darwin
Embarkation will be from Darwin between 2.00pm & 3.00pm with departure at 4.00pm followed by a technical stop at Pulau Meatimiarang.

Day 2: Wyndham
Wyndham is the northernmost town in Western Australia and in many ways is the gateway to the Kimberley. It is surrounded by some of the most spectacular landforms, rivers and wetlands in the Kimberley, including the spectacular Ord River, the manmade Argyle Dam, and Purnululu National Park, home to the Bungle Bungle ranges. The wildlife is very rich, offering a great opportunity for bird-watching and spotting Freshwater crocodiles. During this stop, you will have the choice between 3 excursions: a cruise undertaking the remarkable Ord river wildlife, a scenic flight over the east Kimberley including the Bungle Bungle Ranges or a day exploring El Questro station including Emma Gorge and Zebedee springs.

Day 3: King George River
The journey up the King George River is nothing short of breathtaking. The 80m high sides of the gorge display varying degrees of weathering of the ancient Warton sandstone. The colours and textures of the gorge change with the light as you travel further up the river creating a continual changing scenery that is simply stunning. The journey culminates at the King George twin falls; the highest single-drop falls in the whole of the Kimberley (80m or 260ft). Fed by wet season run-off the level of water cascading over the falls varies from year to year. Your Expedition Team will escort you in either the Zodiacs or ships tenders to the foot of the twin falls, and explain all about the stunning geological formations of the canyon.

Day 4: Vansittart Bay
Jar Island contains ancient rock art galleries depicting the Gwion Gwion style unique to the Kimberley region. Mainly neglected by, or unknown to, the early European researchers of Aboriginal culture in the Kimberley in favour of the dominant & more dramatic Wandjina art, Gwion Gwion art has in recent years gained world prominence. It is generally thought that this art may extend back to over 30,000 years BP & represent the first wave of seagoing colonisers of the Australian continent. As it is, these are the oldest detailed depiction of human figures in the world. Join your Expedition Team ashore for a short walk, past some fascinating rock formations, to the site of the Gwion Gwion art galleries.

Day 5: Hunter River
Arguably one of the most scenic parts of the Kimberley coast, Prince Frederick Harbour and the Hunter River are lined with ancient rainforest pockets, pristine mangroves and mosaic sandstone cliffs. They are considered to be some of the most pristine mangrove forests in the world, containing up to 18 different species, supporting a rich and diverse fauna. The sandstone escarpment at the river mouth, known as “Kampamantiya” rises over 200 metres high before giving way to extensive mud banks and mangrove forests home to numerous bird species and the iconic saltwater crocodile. Our expert Expedition Team will share their knowledge with you as you explore this pristine mangrove environment by zodiac keeping a constant lookout for wildlife.

Day 7: Montgomery Reef
The tidal movements in the Kimberley are nothing short of massive, in fact the Kimberley has the third largest tidal range of anywhere on the planet. Montgomery Reef is a spectacular example of the impact of these tides as the entire reef appears to rise from the ocean. As the tide drops a raging torrent of water cascades off the top of the reef. At just under 400km2 in size it is Australia’s largest inshore reef, containing large areas of shallow lagoon, seagrass beds and corals. Your Zodiac expedition today will take you to the exposed reef system with its cascading mini-waterfalls to witness the amazing tide induced phenomena first hand. The actual scale of the phenomena is strictly governed by the tides on the day.

Day 8: Freshwater Cove
Wijingarra Bard Bard (Freshwater Cove), It is a special place to the Worrorra people and provides a unique opportunity for visitors to hear the stories of the Lalai (creation) and gain an understanding of how country and culture intertwine in this beautiful landscape.

Worrorra are saltwater people, and along with the Ngarinyin and Wunambal tribes, they are part of the shared Wandjina culture and belief system. The Wandjina is their supreme spiritual being who created the landscape during Lalai (creation time). Today guests have the opportunity to hear stories of the Lalai and join a guided walk with the traditional custodians and members of the expedition team to view the significant sites of Wijingarra Bard Bard.

Day 9: Talbot Bay
Described by Sir David Attenborough as “One of the greatest wonders of the natural world” the “Horizontal Waterfalls” are an iconic location and one of the premier tourist attractions of the West Kimberley. They are a pair of stunning breaks in the McLarty Range approximately 300m apart. With massive tidal differences of up to 10.8m on a spring tide, the “Horizontal Waterfalls” are created as seawater builds up faster on one side of the gaps than the other, creating a waterfall up to 4m high on a King tide. Today’s Zodiac excursion will be timed, where possible, to coincide with the greatest tidal movement through the gaps. The amount of actual flow in the “falls” will vary depending on the tide movement on the day.

Day 10:  The Lacepedes
The Lacepede Islands are Western Australia’s most important breeding habitat for Green Turtles (Chelonia mydas), and have been named by BirdLife International as an Important Bird Area (IBA). The breeding colony of Brown Boobies is possibly the largest in the world. Up to 20,000 Roseate Terns have also been recorded here. Other birds breeding on the islands include Masked Boobies, Australian Pelicans, Lesser Frigatebirds, Eastern Reef Egrets, Silver Gulls, Crested, Bridled and Lesser Crested Terns, Common Noddies, Pied and Sooty Oystercatchers. Join your expedition team for a guided zodiac tour to view the prolific wildlife. Due to the sensitive nature of the environment, landings are prohibited on the Lacepede Islands. 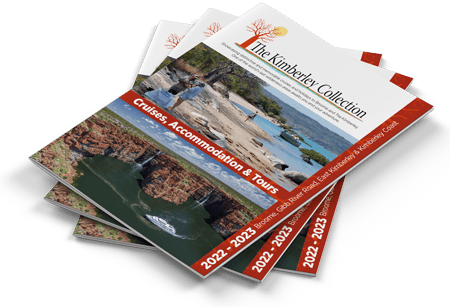